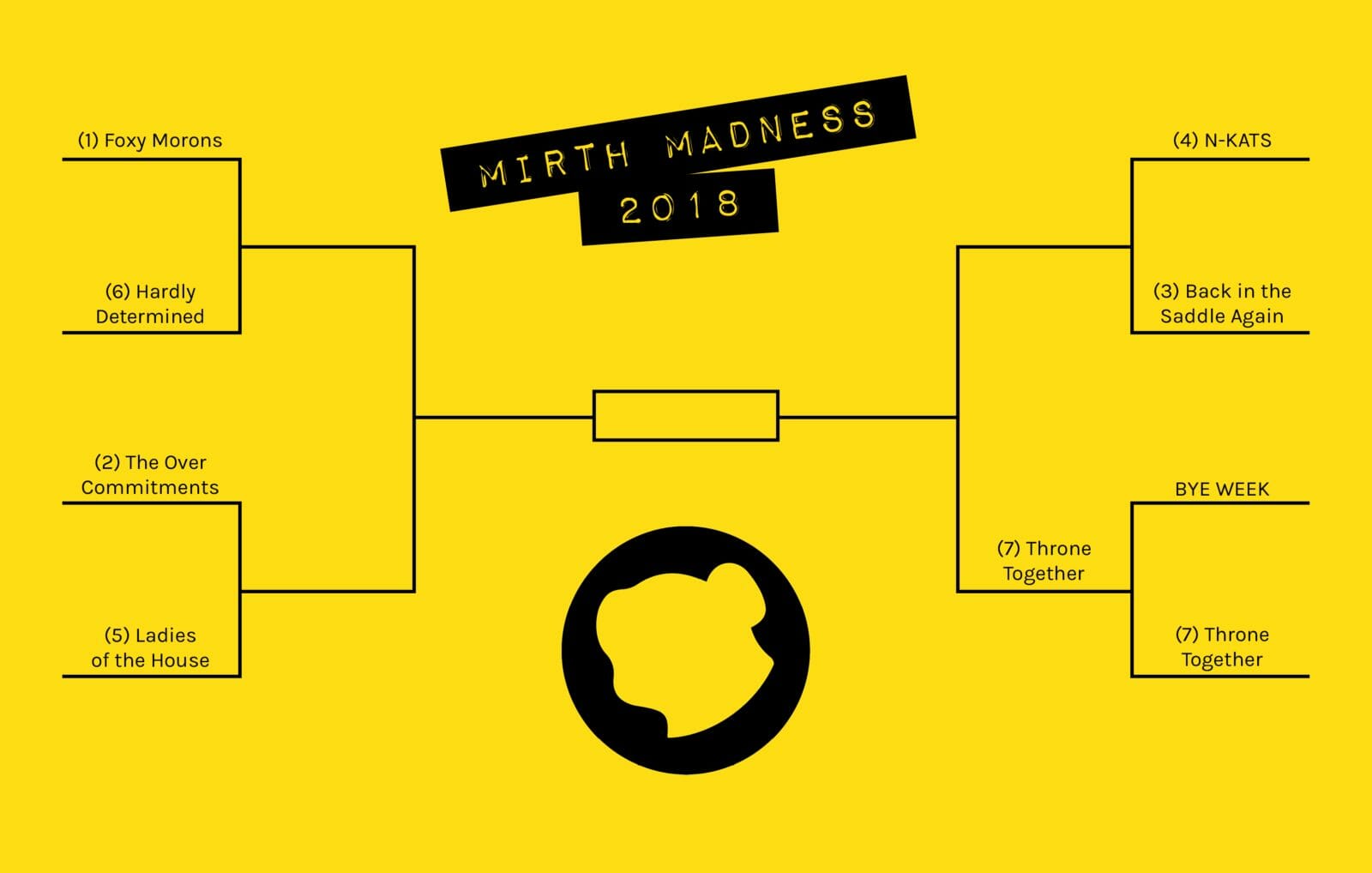 Hey, where did the King of the House shows go? Don’t worry, they’re back! And with an exciting new development to shake things up a bit.

MBI is pleased to present the inaugural Mirth Madness improv comedy tournament. Similar to certain unnamed collegiate basketball tournaments (though with enough separation in substance and content as to hopefully avoid legal troubles), this knockout-style competition pits two teams against each other – à la King of the House* – with the winning side moving on to the next round. The team that goes undefeated will be the undisputed Mirth Madness champions!

Get your tickets today and cheer on your favorite King of the House team on their quest for victory!

Check Show Calendar for details, including performance dates and times.

*Oh, hey…if you’re not familiar with King of the House, here is how it works: