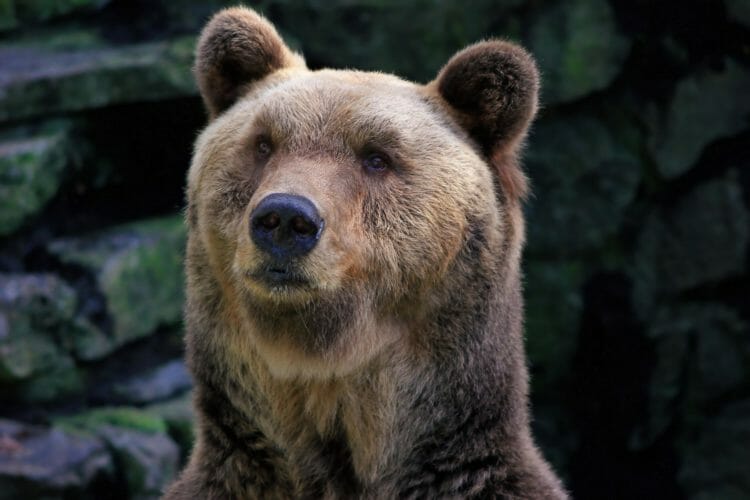 Spring is right around the corner…

…and that means one thing: bears are coming for us.

Spring is right around the corner, and that means so are the bears. Like most people, we forgot about the bears, too. There must be something about winter that gives us some sort of collective amnesia as to the threat bears pose to our daily lives. Just last summer, during a particularly bad infestation of bears in our neighborhood, these bears had the nerve to purchase all of the honey from the co-op. They didn’t leave a single jar for anyone else. That, my friends, is just plain rude. But, like they say, when life gives you lemons, you quickly corner the lemon market and proceed to build a citrus-based empire, unseen before by the likes of mankind. That is, we’re going to suggest two things you can do to survive the impending bear invasion:

First: Sign up for MBI’s Intro to Improv spring course. It’s a 100% ursine-free environment, so free of bears you will temporarily forget that bears are even things that exist. Our instructors (totally not bears, either…trust us! Why would we lie to you?) will teach you the basics of improv comedy in a safe, supportive setting that, as a bonus, happens to be very much devoid of any bears. You’ll learn about improv comedy/critical bear-defense tactics such as active listening, being present “in-the-moment”, and the power of a “yes, and…” mentality. MBI cast members/expert bear-avoiders will teach you the basics of scene creation and collaborative creativity, in addition to some of the most popular improvised comedy games. This class culminates with you and your classmates naming your team and putting on a performance for your family and friends (unless they are bears, though exceptions can be made on a case-by-case basis).

Second: Be prepared. Have a plan of action in place before any bear encounters take place. Familiarize yourself with these steps and let us know how they work out. We recommend reading this translated excerpt from the Monkey Business Institute’s Department of Fuzzy-Wuzzy Animal Studies Field Guide, 42nd Edition. (Remember, this excerpt only applies to bears. Brokering peace with large cats, birds of prey, wild bovine, feral equine, out-of-water piscines, starstruck canines, or pesky goats are covered in their own chapters.)

Introduce yourself. Using a low, monotone voice, state your first and last name. Offer a copy of your updated resume or C.V. Be prepared to produce any ID or credentials upon demand.

Make yourself appear large — no — huge. Heeeeee-uuuuuge. Mammoth. Even bigger than that. Keep going. You’re getting close. Bigger. Bigger. Okay, stop. Any larger than that, and you risk attracting orbiting satellites and comets. If in a large group, say a couple thousand people, form a human pyramid.

Don’t run. Bears are one of the fastest creatures on land, air, or sea. Skipping is allowed. If equipped, quickly burrow into the ground. Another option is to spin around in circles, as bears have been known to be easily confused by tornadoes.

The color of bear will determine how to act.
Brown – Play dead. Brown bears revere the dead. Lie still until they have delivered the eulogy and/or completed a shrine made in your honor. Be patient! This may take several days.

White/Polar – Play devil’s advocate. As the most logic-driven of the ursine family, these bears enjoy a spirited debate.

Tie-dyed – Play guitar. Something groovy, preferably by The Grateful Dead or Phish, but anything with extended jams will work.

Phosphorescent – Play games. Board, card, mind…any game will work. Just don’t plan on winning. These bears are sore losers. Be careful, though, because they can sense if you’re losing on purpose.

Black & White/Panda – Play the song of your people. Panda bears are naturally curious creatures known for respecting and having interest in learning about cultures other than their own.

Water Colored/Tardigrades – Play God. Tardigrades survive in the most extreme environments. They are therefore unafraid of any of your human hijinks. They do, however, fear an omniscient, all-knowing higher power.

Koala – Play along. Koala bears are notorious fibbers and tell the most blatant, patently false stories. Just nod politely as they go on and on and on. Eventually they’ll fall asleep and you’ll be able to make a break for it.

We hope you found these tips helpful. Good luck out there!

Just the details:
Who: Monkey Business Institute
What: Level One: Introduction To Improv
Where: The Vault, 1709 S Park St, Madison, WI 53713
When: Tuesdays from 6:30­–9:30pm, April 5th–­May 24th.
Why: Spring!
How: Sign up here https://monkeybusinessinstitute.com/product-category/classes/